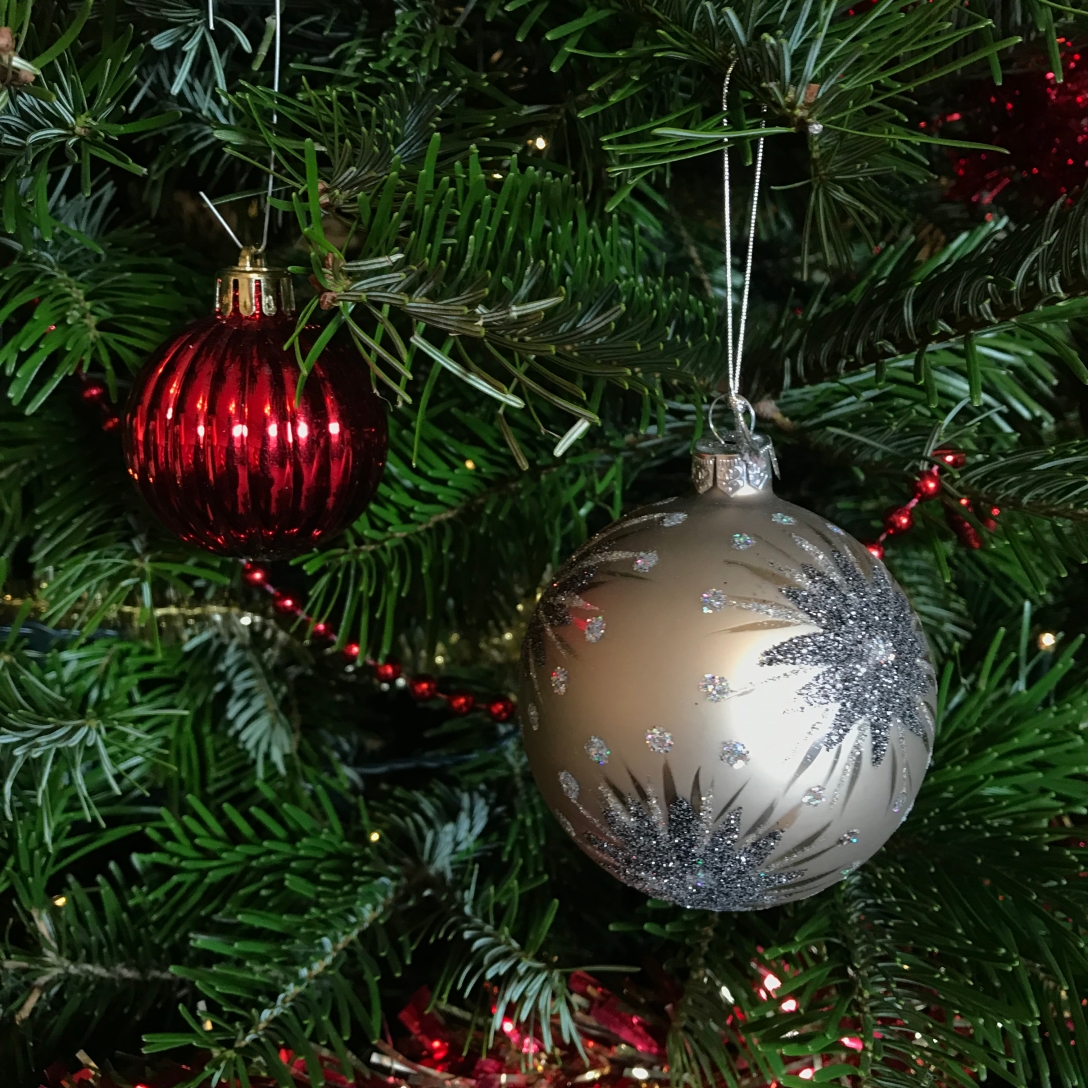 I’m a winter person. There’s nothing I love more than being snug as a bug in my parent’s living room, the room warmed by a crackling fire in a wood burner, cup of steaming tea nestled in my hands and the sounds of rain tapping against the windows. This feeling is increased tenfold around Christmas, when we put up the tree, festooned with glittering lights and baubles, and when it’s suddenly acceptable to drink a huge amount of mulled wine and eat an ungodly number of mince pies.

With four more sleeps until the big day, it’s the perfect time to reflect on why I began this blog a few months ago. It was mostly due to the astounding amount of pressure I felt as a consumer in the face of fast fashion and near continuous advertisement through social media by big brands. A pressure which culminates over the festive period in one enormous, relentless, glitter infused spending bubble (one that’s not even doing the brands themselves that much good: ASOS reported a profit warning for last month which wiped 40% of the value of their shares).

And this year, it’s felt as if the festive period has been going on for about 82 years, with big brands constantly filling up my inbox and social media with buy-your-mum-this-hugely-overpriced-scarf (£50 on a STOCKING FILLER???) and have-this-dress-and-this-dress-and-this-dress-for-all-the-parties-you-have-definitely-been-invited-to and you-absolutely-must-stay-at-this-extortianate-spa-to-recover-from-all-the-food-you’re-going-to-eat-you-fatty etc. etc. etc.

Maybe it’s because I’m now more aware of all of the waste that’s produced in this period. Or maybe it’s because I know that anything from a brand is only faux-festivity, designed to persuade you to shop. But apart from that, it’s just so exhausting. There’s only so much you can care about Christmas before feeling as if one more ‘heartwarming’ advert will make you go absolutely insane. Not to mention the amount of guilt piled on to find the perfect presents for people.

It was so refreshing a few weeks ago when one of my good friends told me she would be making jam and chutney to give as gifts. She followed up a few days later with a Snapchat of the kitchen table in her student house absolutely laden with produce, prepped and ready to make several jars of yumminess. I’m not saying that that’s what we all should do. In fact, making jam is the LAST thing I’d think of. Can you imagine the MESS. But the reason I was a little bit jealous, I must admit, was because she chose to give a gift which was not only heartfelt, but was also something she enjoyed making – no rushing around shops, barging through boatloads of people to find some tat which people don’t really want.

Now, I can’t really give jam to my parents, not only for the above-mentioned messiness, but also because my mum makes jam herself so I don’t think she’d want it. And I do also think that the perfect gifts are often ones that money can buy. But it did make me really think about what I was giving to people this year.

Christmas isn’t always an easy time. In fact, it can be the most difficult, especially when you are missing people who you’ve never had to miss before. Why add to that with consumer exhaustion and guilt?

So, even though I know this whole post is cheesier than a post-Christmas-dinner cheeseboard, I think it’s important to remember (and it’s something I have to remind myself of constantly) that no matter what the adverts are telling you, you don’t have to buy anything just to prove your love for someone. The question I’ve tried to ask myself this Christmas is: is this worth what I’m spending? It’s been a good strategy, both for my pockets, for the environment and for my mental health.

I know this is a different kind of posts to the last few – let me know what you think!

It’s arrived! Kudos to @ruby_beard_ for putting together such a beautiful record of creative work during lockdown - so exciting to see my work next to such talented contributors ✨
Although it’s easier to remain silent out of fear of embarrassment or saying the wrong thing, the words of James Baldwin are ringing in my ears. I want a permanent post on my grid to say: I know that I have to do the work, to learn to be better, to understand the systems that hold people down in this country and across the world, and, further, to engage in the dismantling of those systems.
Today’s outfit is inspired by all of the suburban dads out there currently deprived from showing off their tong-wielding, burger-flipping prowess to a packed garden of awe-inspired onlookers 🍔
I have returned from a fairly long hiatus with more fashion musings, now live on thegreenmode for your perusal ✨
It’s been nearly 21 years since @alexandermcqueen spray-painted @shalomharlow in the name of fashion - but are runway shows still relevant, especially when we’re facing catastrophic climate change?
Here’s to new shoots in the garden (and the playground they represent for curious cats) ✨