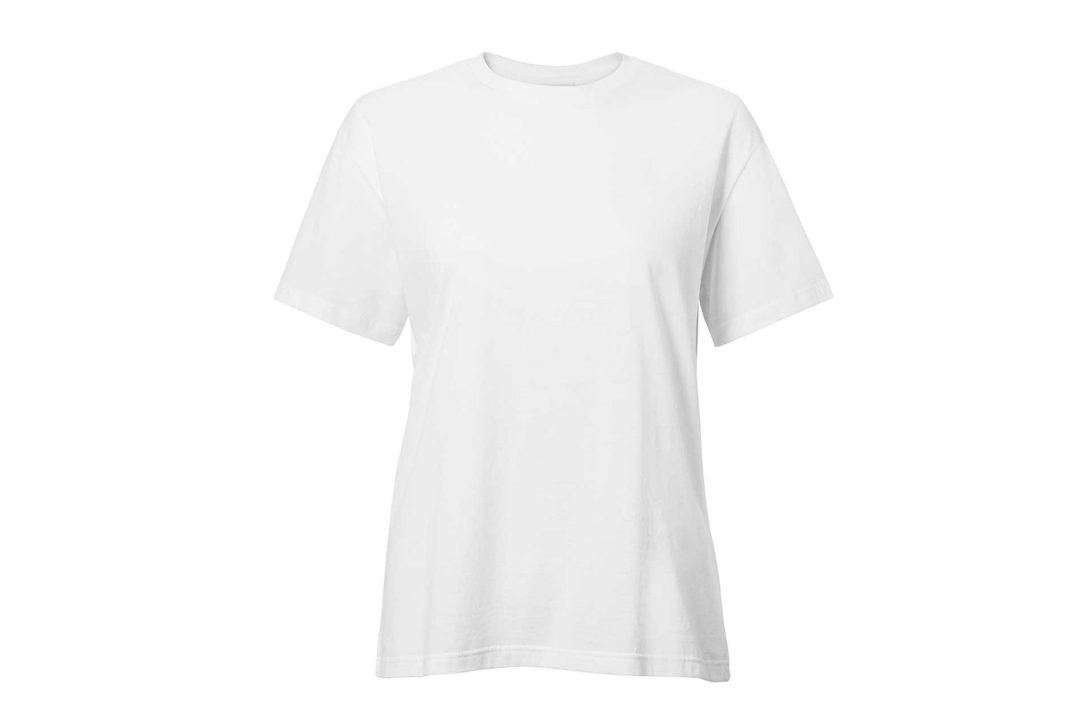 Following a pretty long hiatus (apologies, life kinda got in the way) I’m returning in the midst of the Covid-19 crisis with some more musings. Having been furloughed, I’ve found myself with a lot more time on my hands – I’m incredibly lucky to be in lockdown with my family out in the countryside, so much of my time has so far been spent outside, primarily helping my mum dig over some ground in preparation for planting a patch of wildflowers, going for the occasional run and restoring an old wooden chest that had been languishing in my grandad’s shed for several years.

I’ve also taken the opportunity to learn something new: a colleague tipped me off to the online courses run by New York’s Museum of Modern Art (MoMA) – now seemed to be an ideal time to get to grips with one of these, so I picked Fashion As Design, with a syllabus linked to the 2017 exhibition Items: Is Fashion Modern? Exploring 111 items of clothing in their social, historical and artistic contexts, it’s been really interesting to get to grips with fashion as a discursive subject, providing an opportunity to blow off the cobwebs that had started to gather on the academic side of my brain.

One of the star objects of the collection, alongside the tailored suit and leather biker jacket, was the unassuming white t-shirt. The oxymoron of putting such a humble piece front and centre brings me conveniently to the rather overblown title heading up this post. For full disclosure, at this point in time I haven’t reached the part of the course illuminating the historical importance of the Plain White T-Shirt (PWT) and its place in the modern wardrobe, but it has already provided a point of clarity in the midst of many fragments of thoughts surrounding fashion and my own approach to it.

My own collection of white t-shirts consists of just two, an ASOS one bought as part of a multipack and a Cheap Monday version, both several years old. I should mention here that two is a paltry sum, according to apparently every fashion editor on the planet. I should also note that the figure of two is not inclusive of white t-shirts with printed motifs or plain grey/black/red/green t-shirts, which are basically the same but don’t hold nearly as much cultural significance as the PWT. Finally, as a third and final note (I promise I will stop noting and get back to the matter at hand ASAP), I don’t actually hate the PWT, or dislike it at all really, so please don’t take this post that way! There’s just something about the concept of it that’s been niggling and I want to get to the bottom of it.

Coincidentally, at the time of me beginning the Fashion As Design course, British Vogue had just posted an article entitled ‘8 Vogue Editors On Their Ultimate White T-Shirts‘. This article consists of (you guessed it) *eight* different versions of the PWT, with prices ranging from £15 to a mind boggling £97, and we are airily told: ‘once you find a style that suits? Stock up’. The tyranny of the PWT is thus revealed! Despite its ostensible simplicity and accessibility, iterations can be separated into ‘ultimate’ and, I suppose, bad versions (what would be a bad version? Answers welcome) that must be avoided at all costs. Whilst this may be true of every item of clothing in your wardrobe, it’s a peculiarity of the PWT that there are so many of these articles out there telling you which exact version is the correct one to buy, when it should in theory be the easiest purchase of your clothing collection. It’s literally a plain white t-shirt.

This volume of articles propounding which t-shirt is the only t-shirt you’ll ever need is especially ludicrous considering that once someone’s wearing a PWT it immediately fades into the background of an outfit (as it’s presumably meant to as a ‘wardrobe staple’, a shudder-inducing phrase). Is anyone really out here asking where did you get that plain white t-shirt from? Maybe I’m just moving in the wrong circles. Or the right circles.

White T-Shirt Syndrome, as I’m slightly dramatically dubbing it here, is the pernicious idea that parts of your wardrobe can be perfect, and that if you get some secret formula right you will be super-model levels of stylish, and you should therefore buy multiples of these wunderkind products at a time. The other aspect of the Syndrome is the idea that someone else can tell you how to dress to look ‘chic’ or ‘expensive’ or, bafflingly, ‘French’. That last one is so pervasive that actual, physical, books have been written on ‘French girl style’. And it’s so alluring! I used to love these clickbait-y articles. I’d eagerly read them for tips and tricks that I’d then invariably attempt to incorporate into my own wardrobe, to mixed, mostly disappointing, results.

Often, it seems that ways of dressing are fetishised in the fashion bubble, and White T-Shirt Syndrome is part of this – a cool, easy-to-wear, cheap mode that anyone can master, elevated to cult-like status with celebrities like Jane Birkin to match. Articles selling these do-it-all products work because they persuade you that fashion is easy and that you too can be welcomed into the bubble, as long as you dress in this specific way, buying these specific products (with even the ubiquitous PWT and blue jeans changing just enough to mean a new iteration must be purchased again and again).

It’s not until recently that I really started to think about why this attitude to clothing bothers me, apart from the rampant consumerism. Which, tbf, is a large part of the issue but is fairly obviously an issue so I won’t dwell on it. I think, as I’ve started exploring the way I dress a bit more in depth, I’ve become more focused on what I want my clothes to say about me. About who I am. And whilst the PWT might be a simple, effective piece of clothing that cuts a lot of the thinking out of dressing, I’m coming to the conclusion that this attitude to style does not – as Marie Kondo says – spark joy.

How can my wardrobe truly reflect me if it is the mirror of someone else’s? And how can someone else’s idea of what is ‘stylish’ be a true representation of me?

When considering the way I dress, the words that come to mind are mish-mash, imperfect, irreverent, sometimes bold but often boring. Memorably, one friend once described my outfit of black skinny jeans and slouchy soft charcoal t-shirt as looking like I was ‘about to attend a very casual funeral’. In the spirit of this pithy encapsulation of a genre of outfits I like to wear, I asked my friends to describe the way I dress – an illuminating experience:

(I think J is being highly flattering in this to-the-point appraisal, since I have never once in my life been effortless)

(Imho, ‘utilitarian chic’ and S’s ‘cute girl next door’ conjure up very different images, but I quite like the idea that style is mutable and can’t be fixed – we contain multitudes, after all)

Then, interestingly, as I talked about the theme of this post, S, unprompted, got to the very heart of what I’m trying to say:

This isn’t to say that if you follow trends you lack personality, it just means your personality isn’t tied to your clothing in the way it is for others. As I’m trying to make more considered choices about what I wear in line with my ethics, it’s easy to fall into the trap of attempting to build a capsule wardrobe that is seen by others as ‘stylish’, but that doesn’t really show who I am as a person. I would love to be confident enough to fully manifest my personality in the clothes I wear, and to therefore have a style that is uniquely my own. But sometimes, I’m so caught up in whether it looks ‘good’ to really let myself just enjoy getting dressed.

I guess what I’m trying to say is that being careful about clothing choices needn’t mean buying boring clothes because they are versatile or multipurpose or sensible or simple. We’ve all been out and about (before lockdown, clearly) and seen a child wearing their favourite fancy dress outfit, be it a dinosaur onesie or a princess gown, or perhaps a wonderful mess of clothes, and I defy anyone not to smile at the sight. Because you know that child loves that piece of clothing so much that they insisted on wearing it to the supermarket, as their parent looked on and let out a long-suffering sigh as they realised they’d have to wash it afterwards. As we get older, we tend to get less brave – or at least I did. I’m trying to make a conscious effort to pick clothing that brings me joy, and shows people who I am in this moment, rather than buying things I think I ought to buy because someone influential told me to.

Sustainability doesn’t have to mean purchasing a t-shirt for £90. Right now, I can’t shake the image of this pretzel bag from Susan Alexandra out of my mind. I love its boxy shape and its carb-based snack decoration – it’s a whimsical piece with no material benefit to my life, but I know that if I did buy it, I would enjoy carrying it. It would say to the world that I’m the type of person who buys a beaded bag with a pretzel on it. Make of that what you will.

3 thoughts on “Thoughts from Lockdown: overcoming the tyranny of the Plain White T-Shirt”